Human beings both affect the environment and are affected by the environment throughout their lives. Since the 1980s, with industrialization, urbanization, technological advances and rapid population growth, production and consumption processes that disrupt the balance of nature have emerged. Over time, this has caused global environmental problems that threaten all living things. With the increasing environmental problems affecting the world, studies on what can be done to meet today's needs without using the resources of future generations have gained importance. With the increasing world population and needs, globalization has increased the pressure on natural resources day by day. Environmental footprints have been calculated and tracked globally in order to reduce these pressures. Environmental impacts of individuals and sectors in many ways are revealed by methods such as carbon footprint, ecological footprint and water footprint. In this article, we will evaluate the water footprint specifically for animal production. 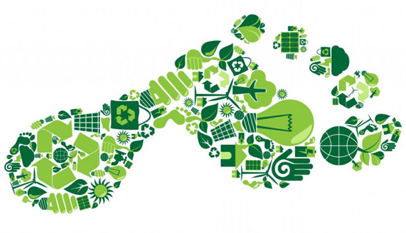 Water footprint is measured by the production of one tonne of a product, planting one hectare of agricultural land, volume of water consumed in meter cube (m3) for 1 TL of a service.

Water is a key input to every economy, such as energy. The presence and quality of water varies from country to country and it is also a global and collective issue today, when the world population is constantly increasing and natural resources are no longer sufficient, as is the local issue of each country or region.

There are three types of water footprints:

It is possible to calculate the water footprint on an individual, process, product, sector, city, country or global scale. As a result of comparing the water footprint with the amount of fresh water required for the goods and services produced in the country, it is determined whether the country is a virtual water importer or exporter. 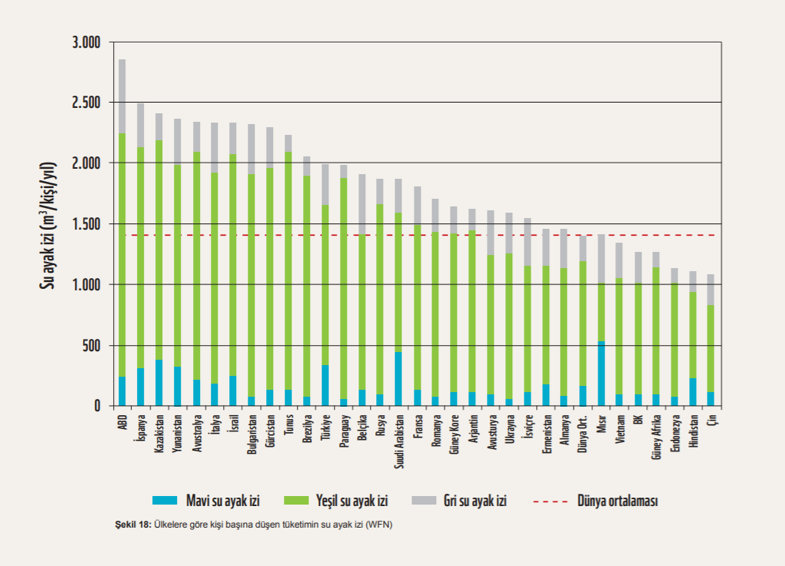 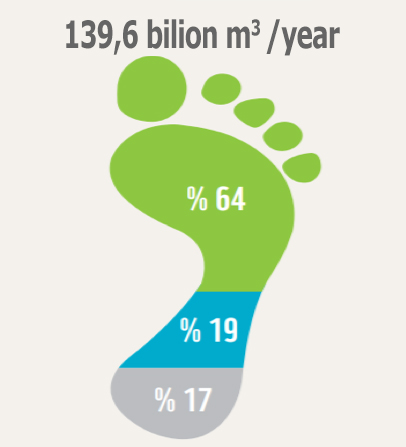 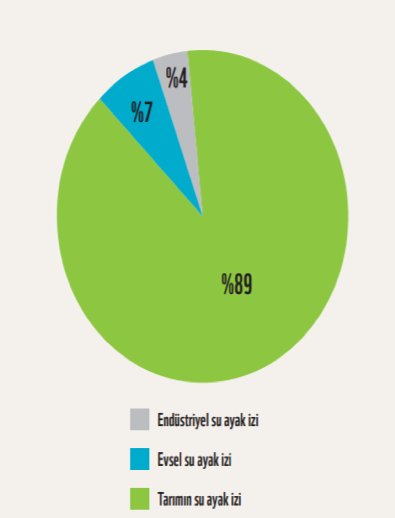 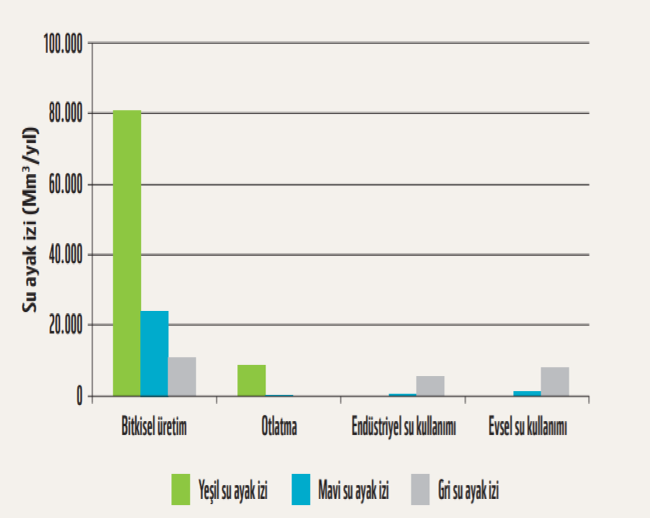 To produce one kilogram of beef, about 15,000 litres, or 15 cubic meters of water (equivalent to leaving a tap running for about 20 hours) is needed. Of these, 93% are green, 4% are blue, 3% are gray water footprints. 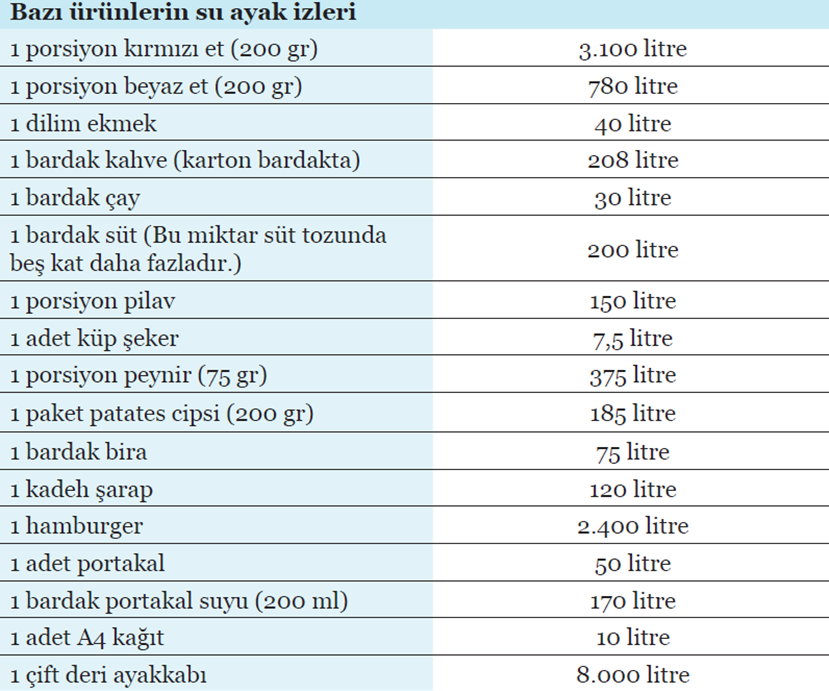 Since the most important part of the animal water footprint comes from the feed they consume, the water footprint per feed unit is an important factor in determining the water footprint of the animals and related products. Poultry raised in industrial systems consume 3.2 times less feed (dry substance) per unit of production than extensive systems. While a feeding program containing 40% concentrated feed is applied in extensive production systems, 70% concentrated feed is applied in industrial systems.

We observe three basic stimulating factors behind the water footprints of poultry, pork meat and beef. The first factor is the utilization of feed (regardless of how much feed dry matter is needed to produce meat - grazing or concentrating). There is an increase in productivity in industrial systems, from extensive systems to mixed systems, because as animals are fed more densely in industrial systems, they move less, they need less feed to grow faster and produce one unit of meat while being slaughtered at a younger age. This factor causes a general reduction in the water footprint of the meat from the extension system to the industrial systems. The second factor is the feed composition consumed by animals. More specifically, it is the ratio of concentrated feeds to coarse feeds. In general, concentrates have a water footprint larger than coarse feed. The third factor is the origin of the feed. The overall impact of the three factors depends on the relative importance of each factor depending on the situation.

In general, feed conversion rates are the largest for chickens and pigs and the smallest for cattle. This generally explains that beef has a much larger water footprint than poultry and pork.

The United Nations warns that water use has doubled its population growth rate and that, unless this trend reverses, two-thirds of the global population will face water “stress" by 2025. Human being's rate of consuming natural resources has surpassed nature's rate of self-renewal by 50%.

As a result, it can be stated that white meat has an extremely environmentally friendly production as an animal protein source. White meat production is the sector that uses the world's water and feed resources most economically and efficiently, as well as the sector that pollutes the environment the least for animal food production with its smart systems and applications.